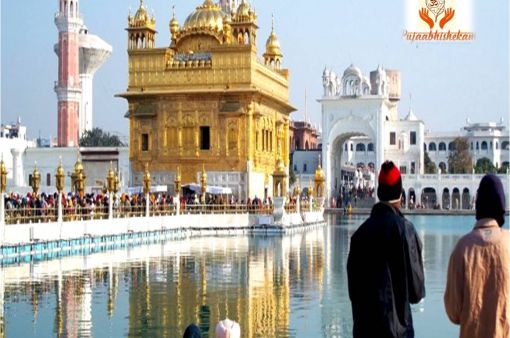 The Sikhs all over the world have a deep veneration for their shrines and gurudwaras. In Himachal Pradesh, there are very few shrines and gurudwaras, but there is an abundance of them in Punjab and Haryana. The Sikhs are proud of their Sangats and naturally so. Throughout the world, every stranger Sikh could just walk into a gurudwara and seek shelter and food for a few days. The Sikhs are still building new and massive shrines in Punjab and Haryana, not to speak of the ones in United States, Canada or Australia.

Guru Nanak, the founder of Sikh faith, was a widely travelled man and he had visited and preached in many inaccessible places in India. Considering all the road hazards in his times, this indeed was a great achievement. Most of the famous shrines and gurudwaras are located in places visited by Guru Nanak.

This tradition was carried on by the successive gurus. Among the gurudvara associated with Guru Nanak, the most famous is the one at Kurukshetra, in Haryana, a place venerated by the Hindus also as the site where the Gita was disclosed to the wavering Arjuna by Lord Krishna Himself. The gurudwara at Thaneshar near Kurukshetra is also associated with Guru Nanak’s visit and is known as ‘Sidhbati.’ Thousands of Sikh pilgrims visit Sidhbati.