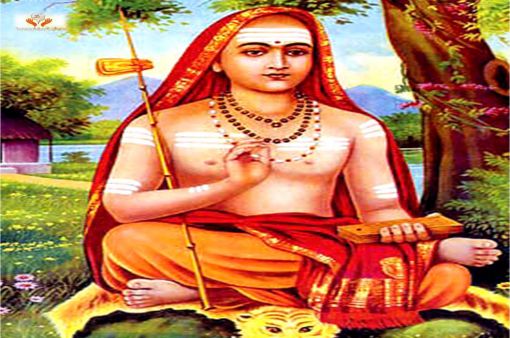 Religion is realization: it is not mere learning- this is the divine message which stands deeply in the minds of every hindu. This is not a mere fancy. This is not a mental conception. This is not a stretch of imagination. It is not a coinage of the brain. Nor is it a decision intellectual prodigy.

This is the assertion of shankara, india’s greatest philosopher-saint, the incarnation of lord shiva, reverently known as srimath adi shankaracharya.

Shankara is our Vedanta guru. He was god incarnate. He was born at a time when Indian thought and culture were decaying, when they underwent sore distraction, when ethical glory and the widespread influence of the buddhistic cult was gradually dying, when there was complete chaos and confusion, when innumerable sects sprang up and, with their own individual doctrines, confounded the masses, when evil social influences and blind superstitions, garbed falsely in the clothes of religion, attracted the credulous masses into a frenzy, and ambused them into complete ignorance of the ultimate reality. There were no less than seventy- two cults and sects of this type which carried away people from the right path.

Shankara appeared on earth to deliver very many struggling souls. He set them free, and enlightened them through his peaceful, unostentatious persuasion and loving propaganda. Though his irresistible logic, he planted the triumphant banner of unique intellectual conquest over all other schools of philosophy. Before him, all other theories proved to be phantoms and fallacies.

It was only shankara who gave the unshakable concrete form to Hinduism and established the unity and purity of enlightened hindu thought and culture. Superstitions and corrupt practice melted away in no time.